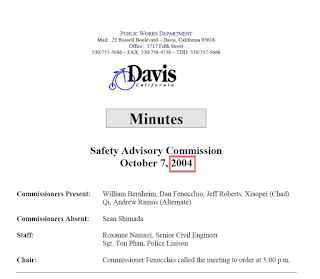 As everyone knows, at its meeting on Thursday, June 13, SPAC Commissioners voted unanimously not to to approve Staff’s proposed revised Old North parking district.


Commissioners were united in believing that the proposal needs much clarification and greater neighborhood support. They were also critical of a number of specific features.

As a matter of historical context, I thought it might be helpful to look at the minutes of the meeting at which this same Commission considered the 2004 Old North parking proposal. They are reproduced here.

Let me suggest three contrasts between the 2004 and 2013 SPAC actions and meetings. 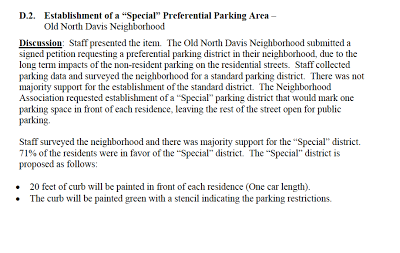 Second, “residents spoke in favor of the” proposal at the 2004 meeting. This year, only one resident spoke in favor of the Staff proposal as presented while four people either outright opposed it or had serious concerns about major features of it. (Two were residents, one a non-resident landlord, and one an adjacent area landlord.) 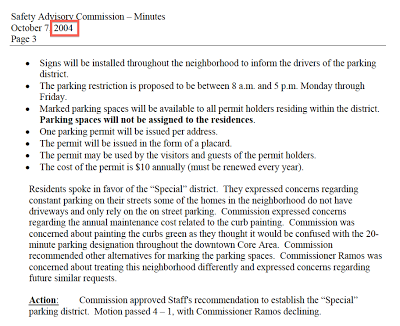 Third, I have not documented it, but my recollection is that Old North resident turnout for the 2004 meeting was substantial. This year, only four residents appeared (including me).

My impression more generally is that the level of Old North resident neighborhood engagement has fallen off a great deal in the last decade. Put the other way, apathy has risen. Or, perhaps residents are simply satisfied and therefore complacent.

Whatever the case, the lack of turnout on either side at this meeting was striking.

The SPAC Commissioners might correctly wonder: “Do more than a handful of residents really want to change the current district? If not, why are you taking up our time?”