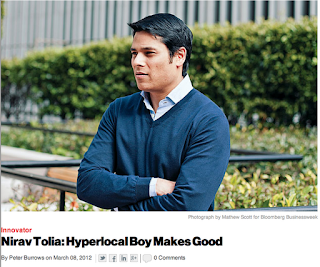 Recently, the ONDNA adopted a software scheme called “Nextdoor” as a website of that organization.*

I have been enthusiastic about the site and have helped recruit Old North residents to register on it.

But, when I got an unrequested email from Nextdoor urging me to post my photo on the site and trying to shame me by showing pictures of people who have, I began to ask: Who is Nextdoor and what is it up to?

I poked around a little on Google and easily found answers to my questions.

Nextdoor is mostly a web entrepreneur named Narav Tolia who wants to use the Old North and as many other places as possible as vehicles of “hyperlocal marketing,” which is apparently one of the next holy frontiers in the sacred quest to “monetize” the web.

I attach paste-ups of two recent tech media stories on Tolia and Nextdoor.

I think Nextdoor is a good idea, but we ought to be aware that the information we put on it will be used to make us objects of marketing efforts. Tolia and his people are, as we speak, working to figure out how best to use what we are telling them in order to sell us stuff.

And, they will be trying to sweet-talk information out of Nextdoor registrants the better to create marketing “data-sets.”
_________________ 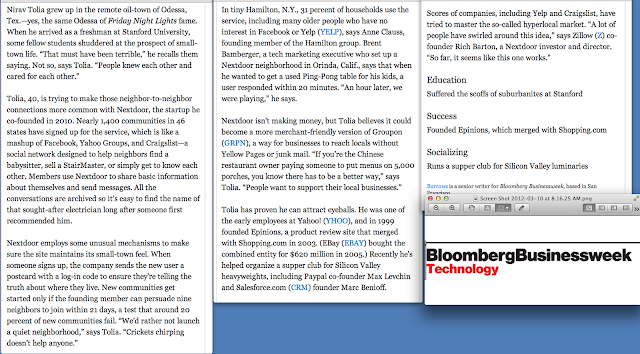 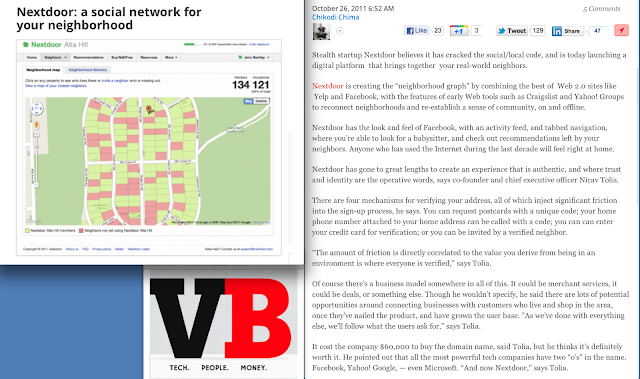