This is the first in a series of posts on Old North Public Art. 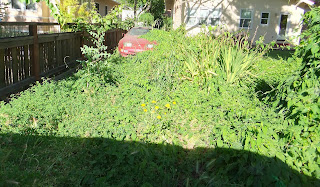 We in the Old North are favored with a considerable number of pieces of art in public places or art that is at least viewable from public land.
I want today to call attention to an installation that likely does not have a name but could be called the “Dynamic Bio-Machine Meld.”


The term ”bio-machine meld” points to its most evident feature, which is an intimate inter-relation between a human-constructed metal object and a nature-generated biological form. 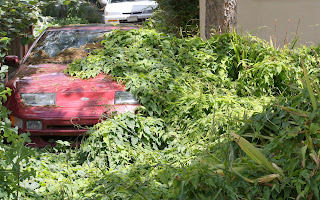 It is difficult to describe it properly, so I have posted photographs I took from several angles that hopefully display it’s amazing intersection or even interpenetration of a form of plant life and an early 21st century mass-produced consumer transport. 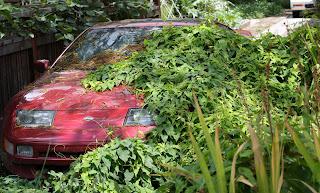 Unlike most works of art, this one is robustly dynamic rather than static. I have viewed it at various times for about a year and its vigorous evolution has impressed me. In order to show this more clearly, I include a picture of it I took a year ago, in June, 2010. JL 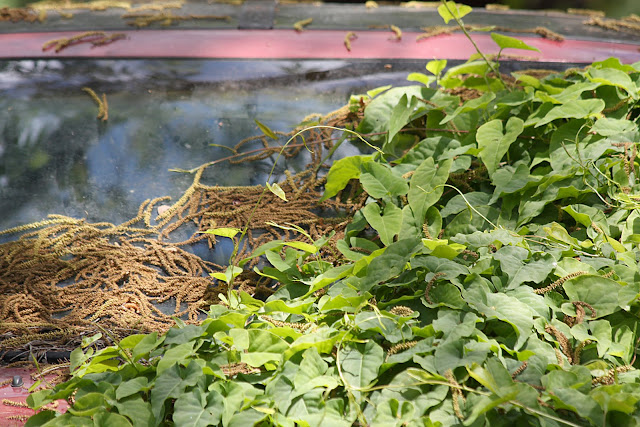