Three Picnic Day Attacks on Old North Symbols: Moving the Problem Around Rather than Solving It? (28) 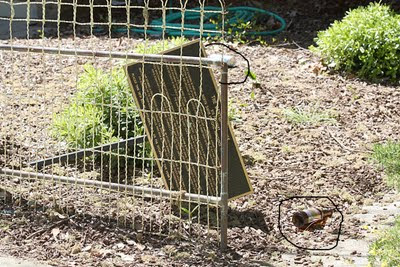 Dennis Dingemans has chronicled in Post # 27 the rise of front yard drinking parties in the Old North.
Sadly, I need to add a second kind of Picnic Day change in the Old North: attacks on Old North Davis symbols.
1. The centennial plaque Dan Szumski installed in front of his home at 513 F was knocked over and left decorated with a red cup, glass beer bottle and aluminum beer can. (Post # 2 of December 29, 2010 on this blog describes the plaque.) 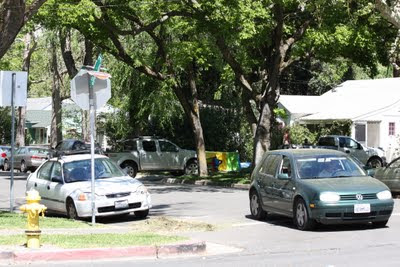 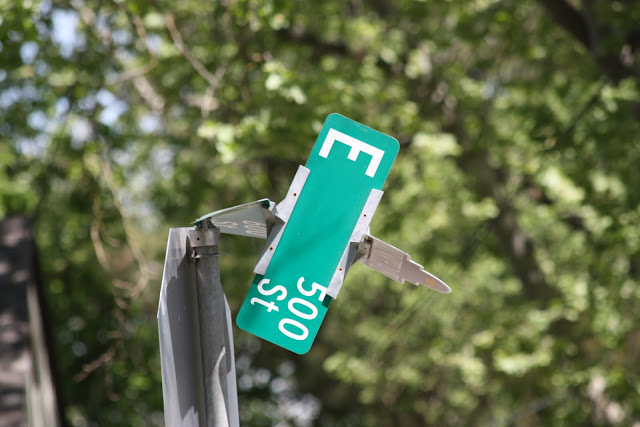 2. The street signs with an Old North sign atop them at northwest 5th & E were pulled over in an apparent but failed attempt to dislodge them. 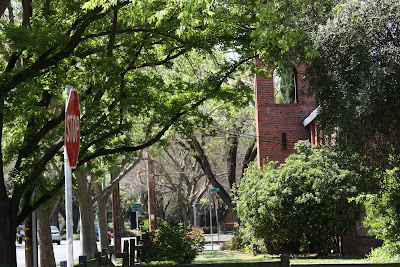 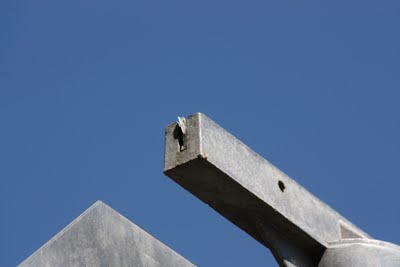 3. A dislodgement attempt was successful one block down, at 5th and D, where the entire structure of three signs is missing. This is an impressive feat in that the sign was literally ripped off and not simply pulled from the frame slot.


This and the posting by Dennis Dingemans, just before this one, seem to me to suggest that the City “safety” (more accurately, “punishment”) zone has served to drive problem drinking and thug behavior north of 5th street rather than to eliminate it. Ah, the law of unintended consequences is forever at work!
I used to think abolishing Picnic Day was a bad thing. What is starting to happen to the Old North is prompting me to rethink that view.